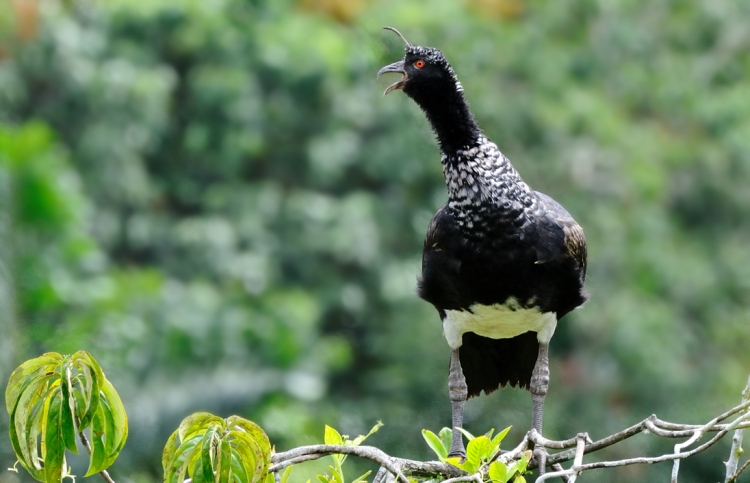 There is strange honking cry haunting the humid, primaeval wetland forests of the Amazon Basin.  It comes from an appropriately antiquarian-looking beast, the Horned Screamer (Anhima cornuta).

Neither quite like a turkey nor quite like a goose, screamers belong to the Galloanserae, which branches off between the oldest living group of birds, the Palaeognathae (e.g., ostrich, cassowary, kiwi, tinamou), and the Neoaves, which represent over 95% of all extant bird species.  The middle child of modern bird diversity, Galloanserae itself consists of such familiar and often under-appreciated denizens such as chickens, turkeys, quail, pheasants, ducks, and geese. 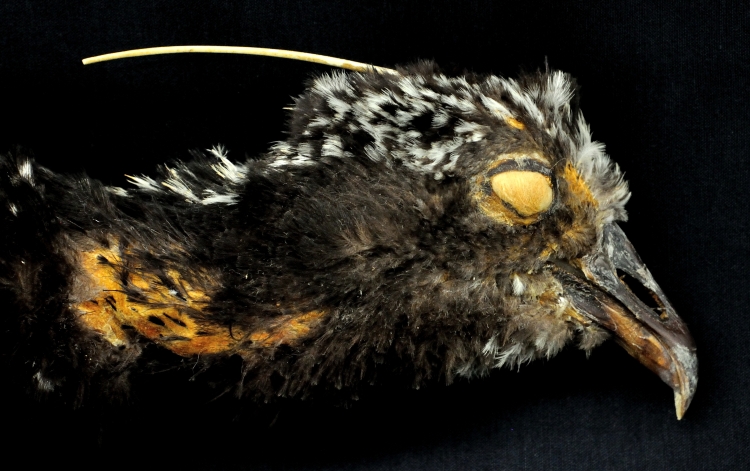 Horned screamers have a rather mind boggling list of anatomical oddities*, but the most obvious is that single thin horn growing out of the top of the head.  Though no published studies specifically examine the function of the horn, it is most likely a display structure since the first appearance of the horn correlates with sexual maturity and many social interactions are marked with a certain amount of head bobbing.  The horn continues to grow throughout life and has been measured to lengths of 15 cm; however, the tip is prone to breaking off.

* Wicked bony carpometacarpal spurs projecting out of the wings!  No uncinate processes on the ribs!  Crackly pneumaticized skin!

Many variations in the shape of the horn from a population of birds observed in southwestern Colombia.  Image credit: Naranjo 1986.

There is currently no firm consensus about the nature of the Horned Screamer’s horn.  Stettenheim (2000) claims this is a cornified structure growing from the skin and not a feather modified into a bare shaft.  This hypothesis is consistent with Stettenheim’s emphasis on the incredible lability of avian integument to generate novel structures.  In opposition is Prum (2005), who interprets these horns as “entirely tubular feathers”; likewise, this supports Prum’s larger corpus of work on the tubular model of feather development and growth.

Though the horn is attached to the skull on the left, the horn seems only to be loosely connected to the bone as it is often observed to waggle freely with the movement of the skin. The skull on the right shows a distinct boss or bump where the horn would be positioned.  Image credit: Yale Peabody Museum / Curious Sengi.

While the exact identity and function of the horn remain somewhat mysterious, early observers of the bird could not help ascribing mythical properties to the horn.  In 1659, Otto Keye published a book entitled Het waere Onderscheyt tusschen Koude en Warme Landen, which described the Dutchman’s adventures in Surinam.  In this book, the Horned Screamer is described as using the horn to fight its enemies, but more significantly, the horn was stirred into the waters to purify it of all poisons before the bird took a drink.  This behavior is suspiciously similar to that of the unicorn, which was believed in Europe to possess such a powerful innocence and purity that it could cleanse polluted waters with a touch of its fabled horn.

Detail from the famous series of Unicorn Tapestries.  The unicorn kneels down to purify the waters with his horn for the benefit of all his fellow creatures.  Hunting dogs and their masters lurk in the corners.  Image credit: “The Unicorn is Found” from The Unicorn Tapestries, Netherlands, 1495 – 1505 via Metropolitan Museum of Art.

The Horned Screamer is currently listed by the IUCN as a species of least concern, despite some previous concern about habitat loss and population decline.  May this delightfully bizarre bird continue long-lived and glorious! 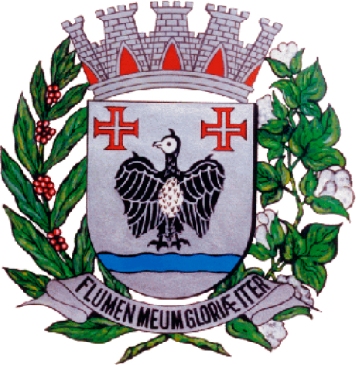 The Horned Screamer is honored as a heraldic device in the coat of arms for the Brazilian municipality of Tietê in São Paulo state. Image credit: Wikimedia Commons.

© Curious Sengi, 2016. Unauthorized use and/or duplication of this material without express and written permission from this site’s author and/or owner is strictly prohibited. Excerpts and links may be used, provided that full and clear credit is given to Curious Sengi with appropriate and specific direction to the original content.